An electrical conductor is an object or type of material that allows the flow of an electrical current. Usually electrons, move easily from atom to atom with the application of voltage. Conductivity is the capacity to transmit electricity or heat. 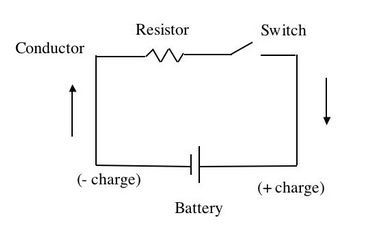 Resistance is known as the disruption to the flow of electrical current through a conductor. it is inversely proportional to conductor.

Conductance is known as the expression which ease with electric current flows through a substance. It is directly proportional to conductor.

The resistivity and conductivity are proportionality constants, and therefore depend only on the material the wire is made of, not the geometry of the wire.

Conduction materials include metals, electrolytes, superconductors, semiconductors, plasmas and some non-metallic conductors such as graphite and Conductive polymers.

The ampacity of a conductor is the amount of current it can carry.

An electrical insulator is a material whose internal electric charges do not flow freely, for example Glass.

The property that distinguishes an insulator is its resistivity; insulators have higher resistivity than semiconductors or conductors

A semiconductor is a material that has an electrical conductivity value between that of a conductor and insulator.

Silicon crystals are the most common semiconducting materials used in microelectronics and photovoltaics.

Their resistance decreases as their temperature increases, opposite to a metal.