The constant C is known as the capacity of the conductor.

Capacitance is a scalar quantity with dimension

CAPACITANCE OF A SPHERICAL CONDUCTOR

When a charge Q is given to an isolated spherical conductor then its potential rises.

CAPACITANCE OF A CYLINDRICAL CONDUCTOR

It consists of two metallic plates M and N each of area A at separation d. Plate M is positively charged and plate N is earthed. If r is the dielectric constant of the material medium and E is the field at a point P that exists between the two plates, then 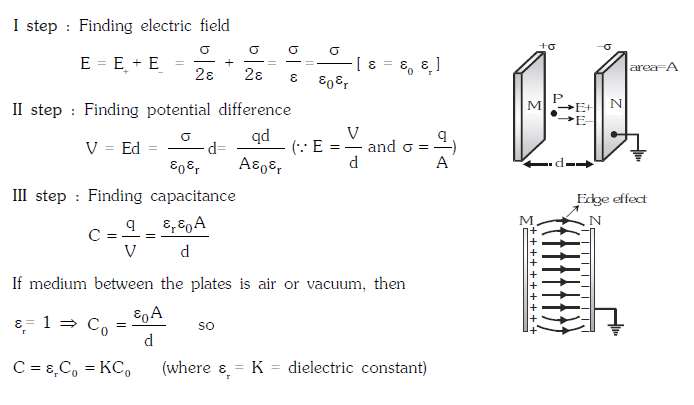