•    It states that at rest stays at rest and an object in motion stays in motion with the same speed unless acted upon by an external force.

•    It may be seen as a statement about inertia, that objects will remain in their state of motion unless a force acts to change the motion.

•    Any change in motion involves an acceleration, and then Newton's Second Law applies.

•    It states that the acceleration of an object is dependent upon two variables - the net force acting upon the object and the mass of the object. 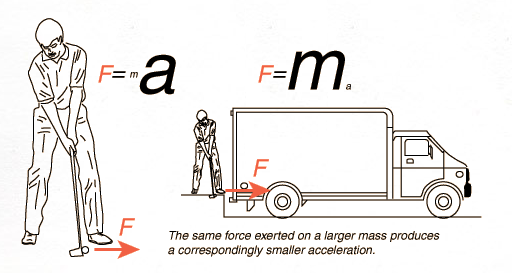 •    All forces in the universe occur in equal but oppositely directed pairs. There are no isolated forces; for every external force that acts on an object there is a force of equal magnitude but opposite direction which acts back on the object which exerted that external force.

•    In the case of internal forces, a force on one part of a system will be countered by a reaction force on another part of the system so that an isolated system cannot by any means exert a net force on the system as a whole.

•    A system cannot "bootstrap" itself into motion with purely internal forces - to achieve a net force and acceleration, it must interact with an object external to itself. 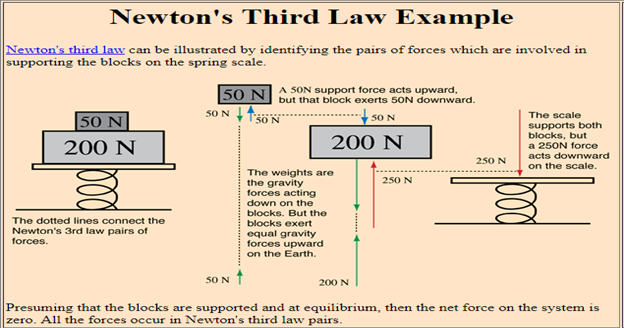