Law of Conservation of Energy

The law of conservation of energy states that the total energy of an isolated system remains constant, it is said to be conserved over time. This law means that energy can neither be created nor destroyed; rather, it can only be transformed or transferred from one form to another.

Example of the candle in the closed room. If you massed the reactants oxygen and wax, it would equal the mass of the products water and carbon dioxide. 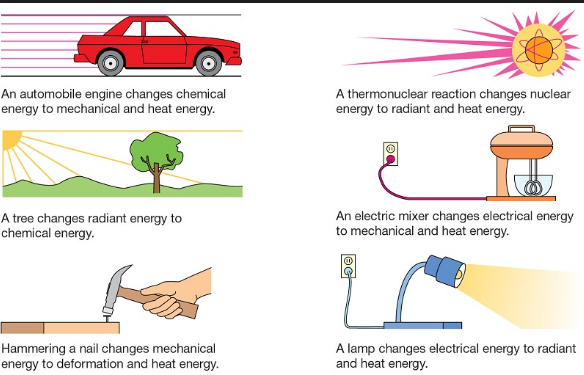 F = Magnitude of force of attraction or repletion

q1 and q2 = Magnitude of one and another charge particle

•    Gauss's Law This law states that the net flow of an electric field through a closed surface is proportional to the enclosed electric charge. Gauss proposed similar laws relating to magnetism and electromagnetism as a whole.