Reflection and Refraction of Light

Reflection of light is the change in direction of light back in the same medium when light strikes it after putting on a smooth surface light mirror or others.

1. The angle of incidence is always equal to angle of reflection, i=r. 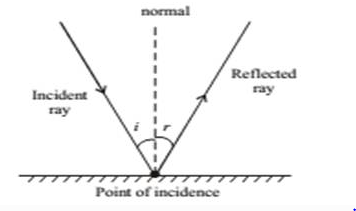 2. The incident ray, reflected ray and the normal to the reflecting surface at the point of incidence lie in the same plane.

Reflection of light by spherical Mirrors 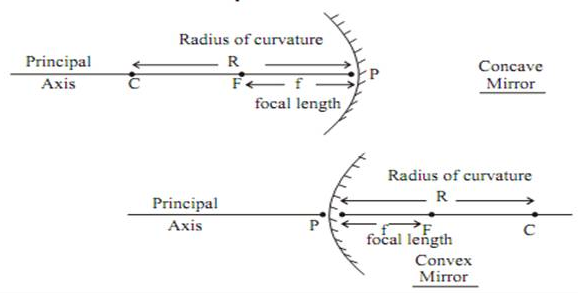 Refraction is the bending of light as it passes from one transparent substance into another. It also happens with sound, water and other waves.