When a particles velocity changes, the particle is said to undergo acceleration.

The Instantaneous Acceleration is derivative of the velocity with respect to time.

In words, acceleration of a particle at any instant is the rate at which its velocity is changing at that instant.

In words, the acceleration of a particle at any instant is second derivative of its position vector with respect to time.

Instantaneous velocity is defined as the value approached by the average velocity when the time interval for measurement becomes closer and closer to zero.

Thus instantaneous velocity function is the derivative of the displacement with respect to time.

Displacement is the change in position vector.

Its magnitude is minimum distance between final and initial point, and is directed from initial position to final position.

For a particle moving along x-axis, motion from one position x1 to another position x2 is displacement,

Distance is the length of path traversed by a body.

It is dependent on path chosen for motion between two fixed points A and B we can have many different values of distance traversed. It is a scalar quantity, as length of path has no indication of direction in it. Its SI unit is meter (m) and dimensions is L.

Eg. Suppose a particle moves from position A to B to C to D.

Magnitude of displacement would be equal to distance travelled if there is no change in direction during the whole motion.

Mechanics is the branch of physics in which motion and the forces causing motion.

Kinematics if the part of mechanics where we describe the motion of particles and bodies in terms of space and time without studying the cause of motion.

Motion of the objects moving under different conditions depends on displacement, velocity and acceleration.

An atom contains large number of shells and subshells. These are distinguished from one another on the basis of their size, shape and orientation (direction) in space. The parameters are expressed in terms of different numbers called quantum numbers.

Quantum numbers may be defined as a set of four numbers with the help of which we can get complete information about all the electrons in an atom. It tells us the address of the electron i.e., location, energy, the type of orbital occupied and orientation of that orbital.

Merits and Limitations of Bohr’s theory

1. The experimental value of radii and energies in hydrogen atom are in good agreement with that calculated on the basis of Bohr’s theory.

2. Bohr’s concept of stationary state of electron explains the emission and absorption spectra of hydrogen like atoms.

3. The experimental values of the spectral lines of the hydrogen spectrum are in close
agreement with that calculated by Bohr’s theory.

1. It does not explain the spectra of atoms having more than one electron.

2. Bohr’s atomic model failed to account for the effect of magnetic field (Zeeman effect) or electric field (Stark effect) on the spectra of atoms or ions. It was observed that when the source of a spectrum is placed in a strong magnetic or electric field, each spectral line further splits into a number of lines. This observation could not be explained on the basis of Bohr’s model.

3. De Broglie suggested that electrons like light have dual character. It has particle and wave character. Bohr treated the electron only as particle.

4. Another objection to Bohr’s theory came from Heisenberg’s Uncertainty Principle. According to this principle “It is impossible to determine simultaneously the exact position and momentum of a small moving particle like an electron”. The postulate of Bohr, that electrons revolve in well defined orbits around the nucleus with well
defined velocities is thus not tenable.

Niels Bohr proposed a hypothesis about electrons in a hydrogen atom. This is a model of the atomic structure where electrons travel around the nucleus in well-defined orbits determined by quantum conditions. A transition from a higher to lower orbit releases quantized energies of light, which would explain the light spectrum emitted by an element. This is known as Bohr's Atomic Theory.

1. Electrons revolve around the nucleus in circular path and are known as Orbits or Energy Level.

2. Energy of an electron in one of its allowed orbits is fixed and can not absorb or radiate energy.

3. While Jumping electron jumps from a lower to a higher energy level which absorbs a definite amount of energy.

4. While Jumping electron jumps from a higher to a lower energy level which also absorbs a definite amount of energy.

5. Energy released or absorbed by an electron is equal to the energy difference between the two orbits.

6. Spectrum of light emitted from an electron is a Line Spectrum.

7. Angular momentum of an electron is given by:

If an electric discharge is passed through hydrogen gas taken in a discharge tube under low pressure, and the emitted radiation is analysed with the help of spectrograph, it is found to consist of a series of sharp lines in the UV, visible and IR regions. This series of lines is known as line or atomic spectrum of hydrogen. The lines in the visible region can be directly seen on the photographic film.

Each line of the spectrum corresponds to a light of definite wavelength. The entire spectrum consists of six series of lines each series, known after their discoverer as the Balmer, Paschen, Lyman, Brackett, Pfund and Humphrey series. The wavelength of all these series can be expressed by a single formula.

The pattern of lines in atomic spectrum is characteristic of hydrogen.

If the atom gains energy, the electron passes from a lower to a higher energy level, energy is absorbed that means a specific wavelength is absorbed. Consequently, a dark line will appear in the spectrum. This dark line constitutes the absorption spectrum.

If the atom loses energy, the electron passes from a higher to a lower energy level, energy is released and a spectral line of specific wavelength is emitted. This line constitutes the emission spectrum.

i) Continuous spectra: When white light from any source such as sun or bulb is analysed by passing through a prism, it splits up into seven different wide bands of colour from violet to red (like rainbow). These colours are so continuous that each of them merges into the next. Hence the spectrum is called a continuous spectrum.

ii) Line spectra: When an electric discharge is passed through a gas at low pressure light is emitted. If this light is resolved by a spectroscope, It is found that some isolated coloured lines are obtained on a photographic plate separated from each other by dark spaces. This spectrum is called line spectrum. Each line in the spectrum corresponds to a particular wavelength. Each element gives its own characteristic spectrum.

a) Atomic Number (Z): The atomic number of an element is the number of protons contained in the nucleus of the atom of that element.

b) Nucleons: Protons and neutrons are present in a nucleus. So, these fundamental particles are collectively known as nucleons.

c) Mass Number (A): The total number of protons and neutrons i.e, the number of nucleons present in the nucleus is called the mass number of the element.

d) Nuclide: Various species of atoms in general. A nuclide has specific value of atomic number and mass number.

IUPAC notation of an atom (nuclide)

Let X be the symbol of the element. Its atomic number be Z and mass number be A.

e) Isotopes: Atoms of the element with the same atomic number but different mass number. There are three isotopes of hydrogen.

g) Isotones: Atoms having the same number of neutrons but different number of protons or mass number are called isotones.

h) Isoelectronic: Atoms, molecules or ions having the same number of electrons are isoelectronic.

i) Nuclear isomer: Nuclear isomers (isomeric nuclei) are the atoms with the same atomic number and the same mass number but with different radioactive properties.

Example of nuclear isomers is Uranium –X (half life 1.4 min) and Uranium –Z (half life 6.7 hours)

The reason for nuclear isomerism is the different energy states of the two isomeric nuclei.

a– particles emitted by a radioactive substance were shown to be dipositive Helium ions (He++) having a mass of 4 units and 2 units of positive charge.

Rutherford allowed a narrow beam of a–particles to fall on a very thin gold foil of thickness of the order of 0.0004 cm and determined the subsequent path of these particles with the help of a zinc sulphide fluorescent screen. The zinc sulphide screen gives off a visible flash of light when struck by an alpha particle, as ZnS has the remarkable property of converting kinetic energy of a particle into visible light. [For this experiment, Rutherford specifically used a particle because they are relatively heavy resulting in high momentum].

i) Majority of the alpha–particles pass straight through the gold strip with little or no deflection.

ii) Some alpha–particles are deflected from their path and diverge.

iv) Some were even scattered in the opposite direction at an angle of 180 degrees.

J.J. Thomson, in 1904, proposed that there was an equal and opposite positive charge enveloping the electrons in a matrix. This model is called the plum – pudding model after a type of Victorian dissert in which bits of plums were surrounded by matrix of pudding.

This model could not satisfactorily explain the results of scattering experiments carried out by Rutherford who worked with Thomson.

Characteristics of the Electron, Proton and Neutron

The neutron and proton have approximately equal masses of 1 amu and the electron is about 1836 times lighter, its mass can sometimes be neglected as an approximation.

The electron and proton have equal, but opposite, electric charge while the neutron is not charged.

Methods of Expressing the Concentration of a Solution

Methods of Expressing the Concentration of a Solution

The concentration of a solution can be expresses in a number of ways. The important methods are:

It is defined as the amount of solute in grams present in 100 grams of the solution.

It is defined as the volume of solute in mL present in 100 mL solution.

It is s defined as the mass of solute present in 100 mL of solution.

In a binary solution for 2 components, A and B.

Molarity of a solution is the number of gram molecules of the solute present in one litre of the solution.

It is defined as the number of moles of solute dissolved in 1 Kg of the solvent.

It is defined as the number of gram equivalents of the solute present in one litre of the solution.

It is defined as the Number of the parts of components by Total no of parts of all components of the solution per million.

Type of solutions in Liquid Solution

Type of solutions in Liquid Solution 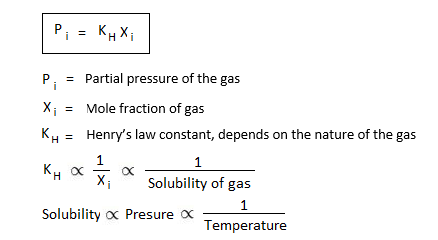 If a watch contains a radioactive substance with a decay rate of 1.40*10(pow]])-2 and after 50 years only 25 mg remain. What was the amount originally present?

The half life of a specific element was calculated to be 5200 yr. What is the value of decay constant (k)?

What is radioactive decay?

What is double fertilization?